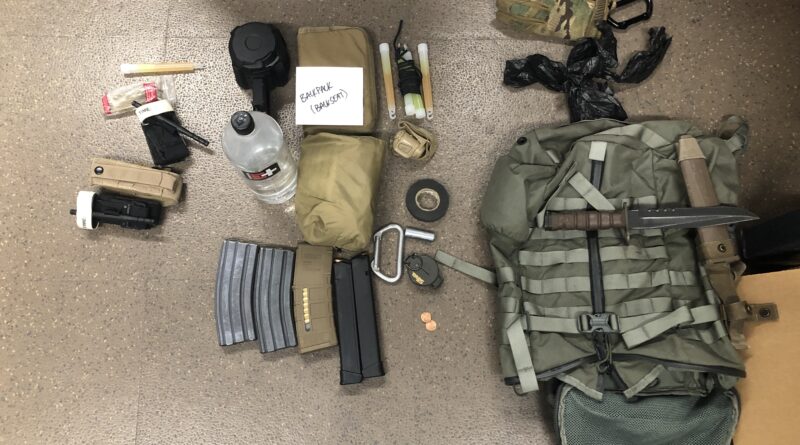 Authorities of the County of Ventura informed that the Pre-Trial Detention Facility (PTDF) has experienced an outbreak of COVID-19 within multiple housing areas of the jail.

Everything started two weeks ago when a male inmate at the PTDF began experiencing COVID like symptoms while in his housing unit.

“Per jail protocol, he was immediately quarantined and tested for the virus. The results of the test returned on Wednesday, September 2nd and revealed he was positive for the virus. This inmate had been in custody for more than two weeks when he started displaying symptoms indicating he may have contracted the virus while inside the facility”, said the Sheriff Office in a press release.

Prior to him displaying symptoms, he had been housed in General Population with other male inmates.

Contact tracing was immediately performed by the health authorities and it was determined that he had come into close contact with 45 other inmates who were also tested.

The results indicated that 19 of those inmates came back positive for the virus and were subsequently quarantined as well.

Additional contact tracing is underway and a plan has been developed to provide continued testing.

County Public Health was notified when the first positive test was returned and they continue to be a partner with the jail in managing the impacts of the virus within the detention environment.

Since late January of this year, strategies were created and put in place to mitigate the spread of the virus within the jail system.

Significant efforts have also been made to ensure inmates are quarantined before being moved to other housing units within the jail.

“Those inmates with comorbidities or other vulnerabilities to the virus have received additional precautions for their protection and both jails continue to be disinfected routinely,” the Sheriff said.

Authorities in Ventura say a string of sex assault and burglary cases from 2016 have been linked to a man already in custody who is charged with similar crimes in the Conejo Valley area.

The suspect, 38-year-old Edgar Rodriguez Ruelas of Woodland Hills, was arrested on March 5 on suspicion of attempting to kidnap a 16-year-old girl as she hiked a trail in Oak Park near Sunnycrest Drive and Trefoil Avenue.

The day after the March incident, during which the teen was grabbed by a man she described as covered from head to toe in dark clothing, Ventura County Sheriff’s authorities had identified Ruelas as the suspect and tracked him to the Torrey Pines State Preserve in San Diego. He was arrested there without incident.

A sexual assault was reported during that incident. While still in custody for the Oak Park incident, Ruelas was arrested on suspicion of the 2017 crime as well.

Now, Ventura Police Department officials have arrested Ruelas on suspicion of burglary and sexual assault related to four incidents in 2016.

The incidents took place between April and August that year, when Ruelas and his then-wife lived in the 3300 block of Webster Street, located east of Victoria Avenue on the south side of Highway 126 near the Ventura County Government Center.

All of the alleged crimes took place within a 2.5-mile radius of their Ventura residence, authorities said. The two have since divorced.

In April 2016, a female victim in the 6600 block of Webster reported an unidentified man had entered her residence through the sliding glass door shortly after 5 a.m. and had sexually assaulted her when she awoke.

The suspect wore gloves, dark clothes and a ski mask.

In May that year, a female victim in the 600 block of Atlanta Lane reported an unidentified man peeping through her bedroom window at around 5 a.m. He wore all dark clothing and a ski mask, the department reported.

Then in June, officers responded to the 1500 block of Echidna Lane at 5:38 a.m. when a female victim reported an unidentified man had entered the residence through a sliding glass door and groped the victim’s buttocks.

The suspect fled when the victim woke up and screamed. He wore gloves, dark clothes and a ski mask.

Oxnard police executed a search warrant at Ornelas’s home on March of last year after receiving a tip from Twitter.

Police said during the search they seized a computer and cell phone that they found to contain more than 20,000 child sexual abuse material images.

This case was investigated by the Oxnard Police Department (OXPD) and the Southern California High Tech Task Force, and prosecuted by the District Attorney’s Office Fraud and Technology Crimes Unit.

An armed robbery suspect was caught at gunpoint Monday evening on Highway 101 after a gas station holdup in Santa Barbara.

An AR15 assault rifle, numerous loaded magazines, along with an armored vest and ballistic helmet handgun and rifle were taken from the alleged armed robber vehicle, identified as Russell Bradley Wallace, a 29-year-old Ventura resident, both weapons were loaded, according to officers on the scene.

A duffle bag with ammunition, a vest filled with gun clips and other evidence was also taken from the Lexus SUV the suspect was driving.

Sgt. Chris Payne said the officers got a 911 call about 5 p.m. with information about the holdup at the Mobil Service Station on the corner of LaCumbre and 3890 State Street.

The suspect’s description and the vehicle were given to all responding officers.

That officer turned around and joined a detective in the area of Cabrillo Blvd. who entered the freeway and spotted the suspects vehicle.

Southbound traffic was heavy due to Labor Day revelers returning home, making it easier for Officers to converge on the suspect vehicle.

With the help of CHP, SB Police Officers conducted a felony stop and immediately brought the suspect into custody without incident.

Police stated Wallace was found with multiple pieces of evidence linking him back to the robbery. 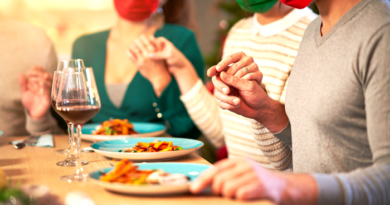 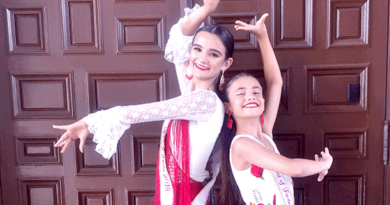 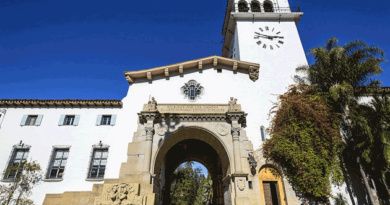 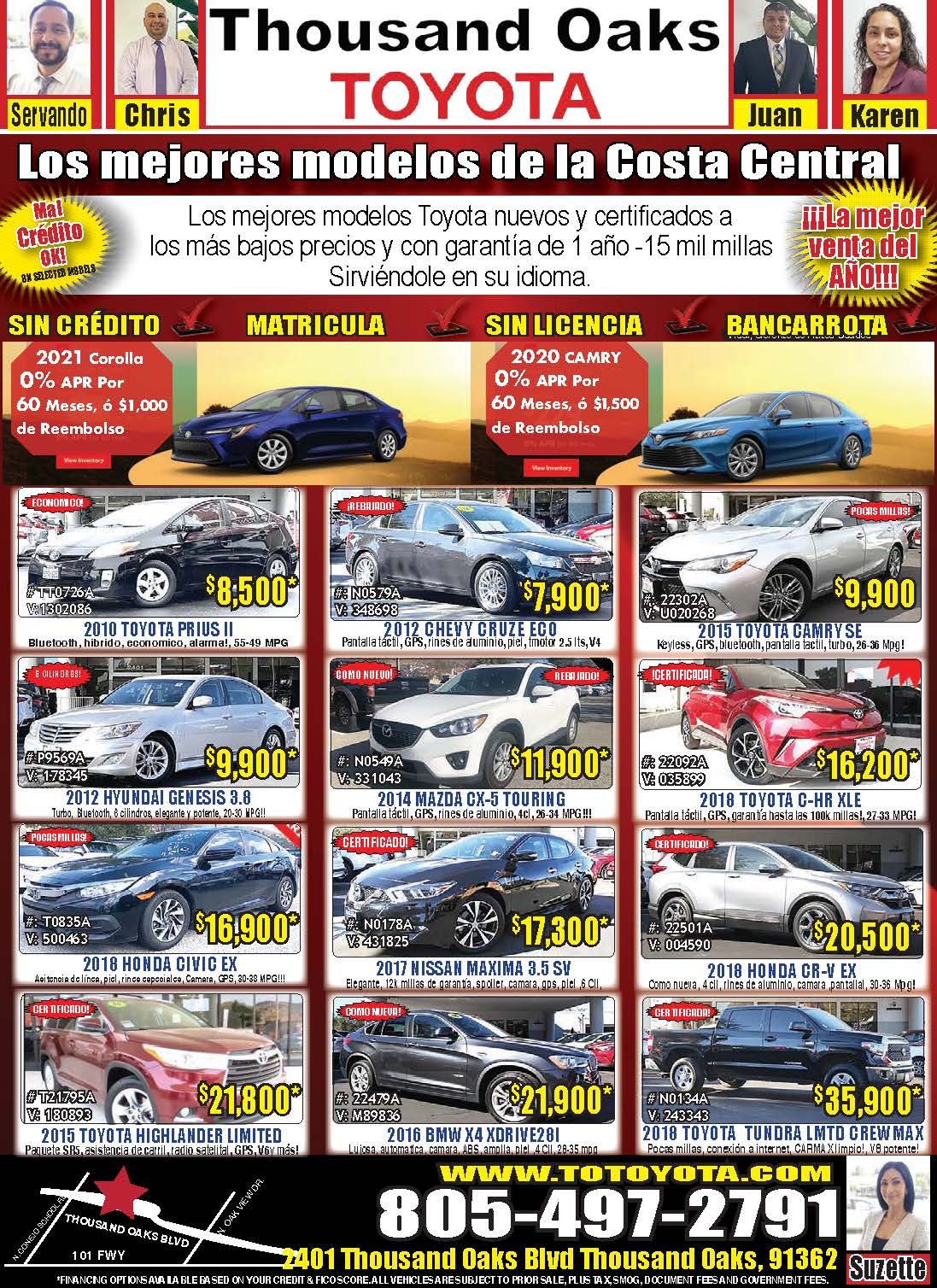 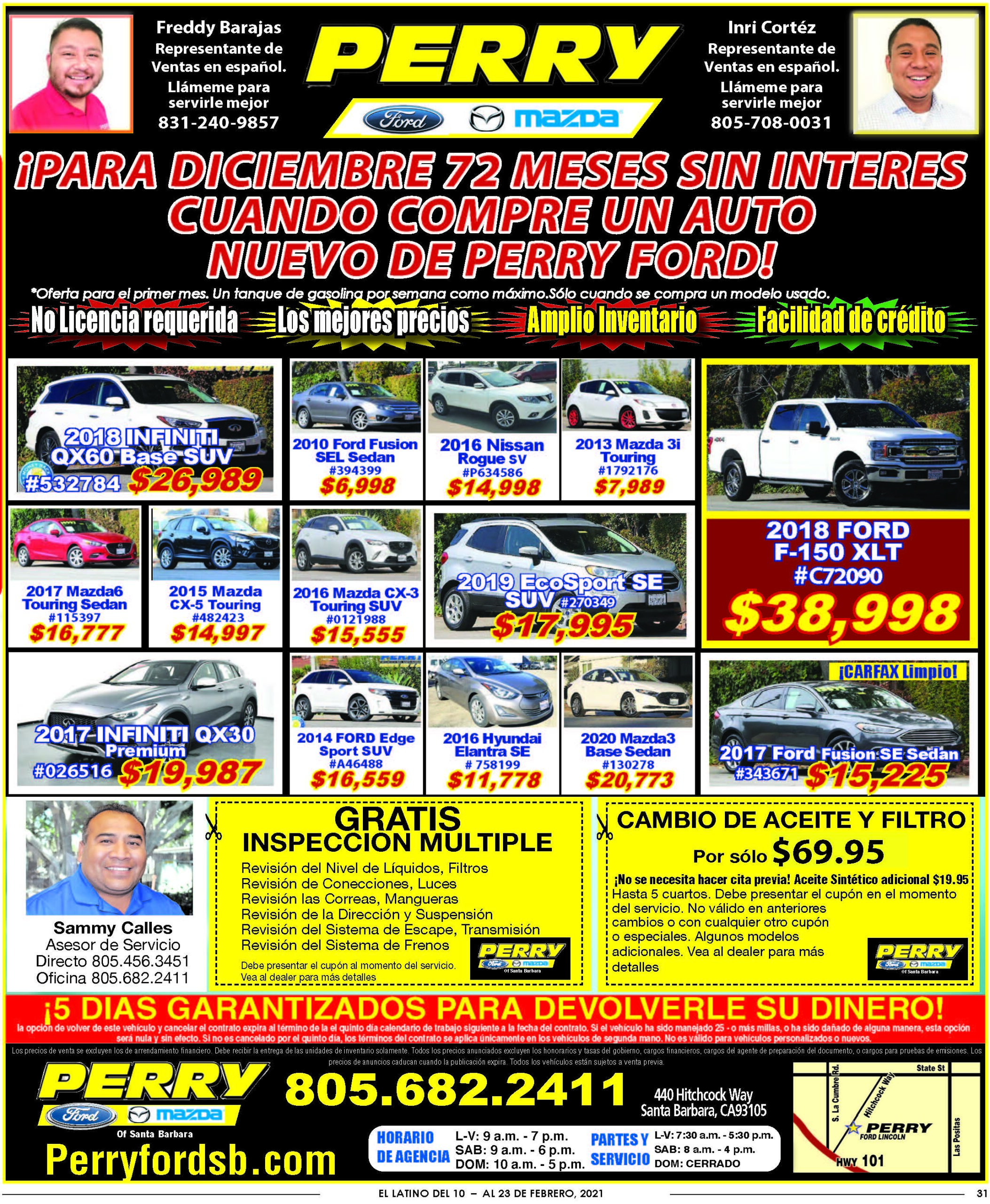 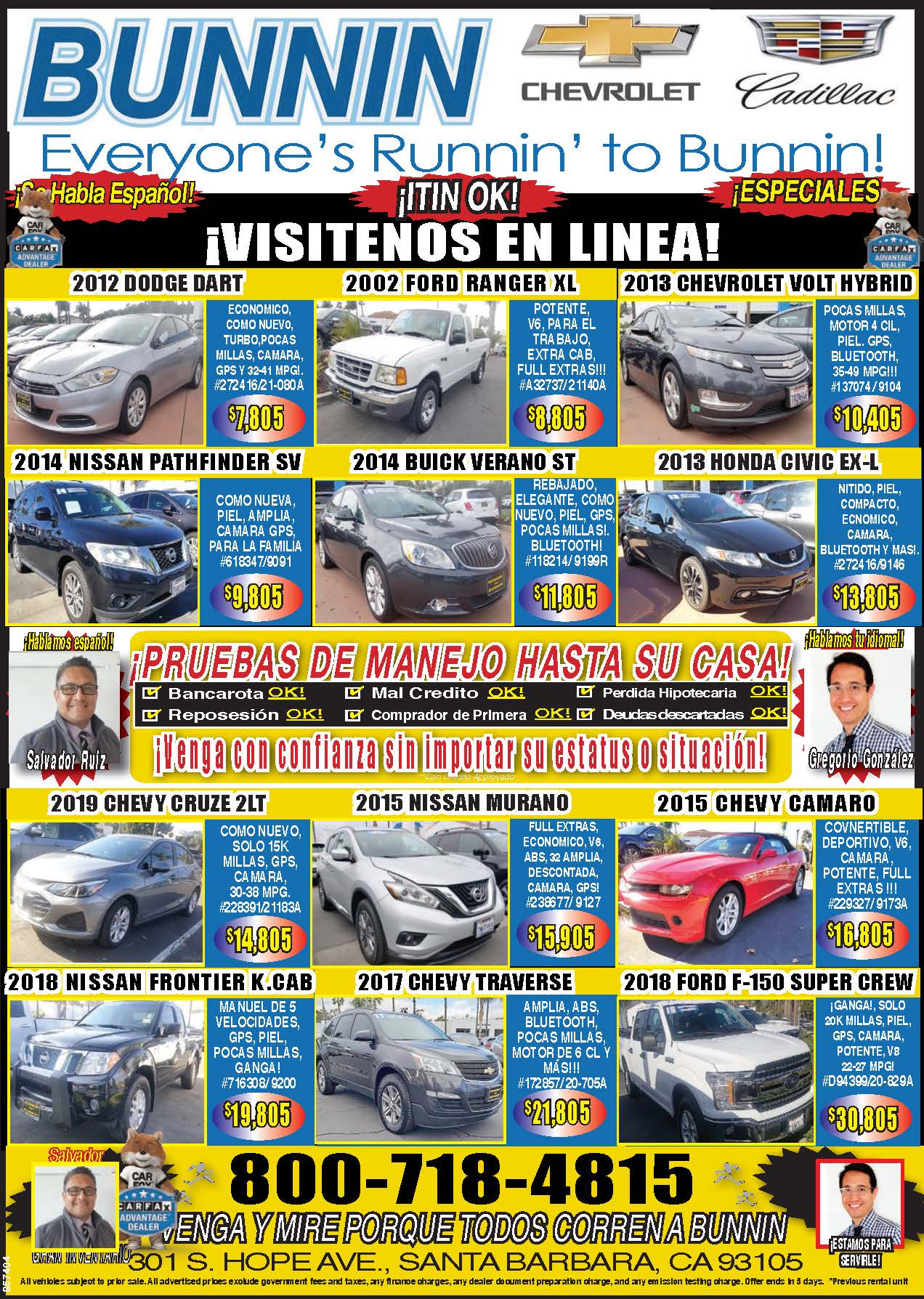 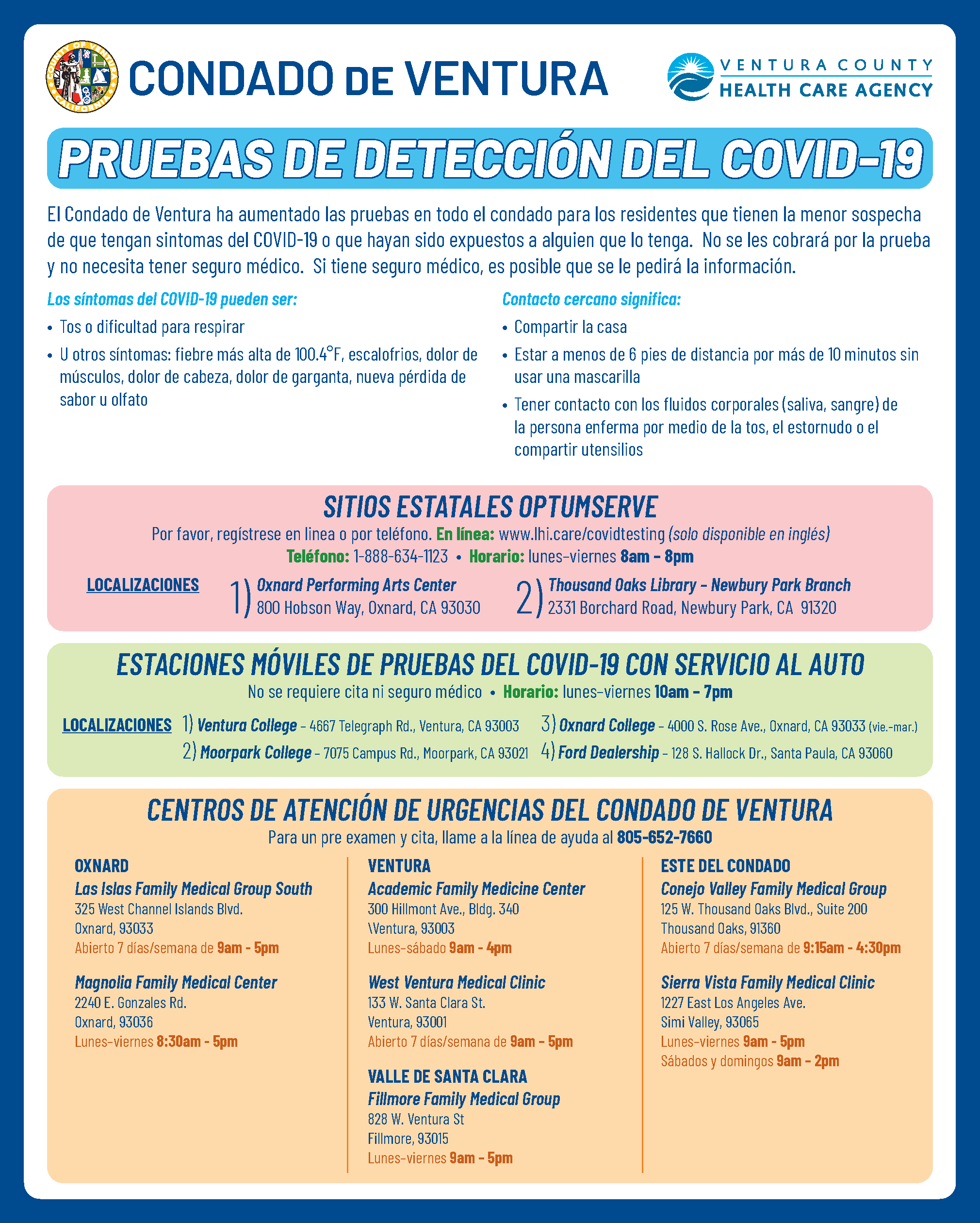 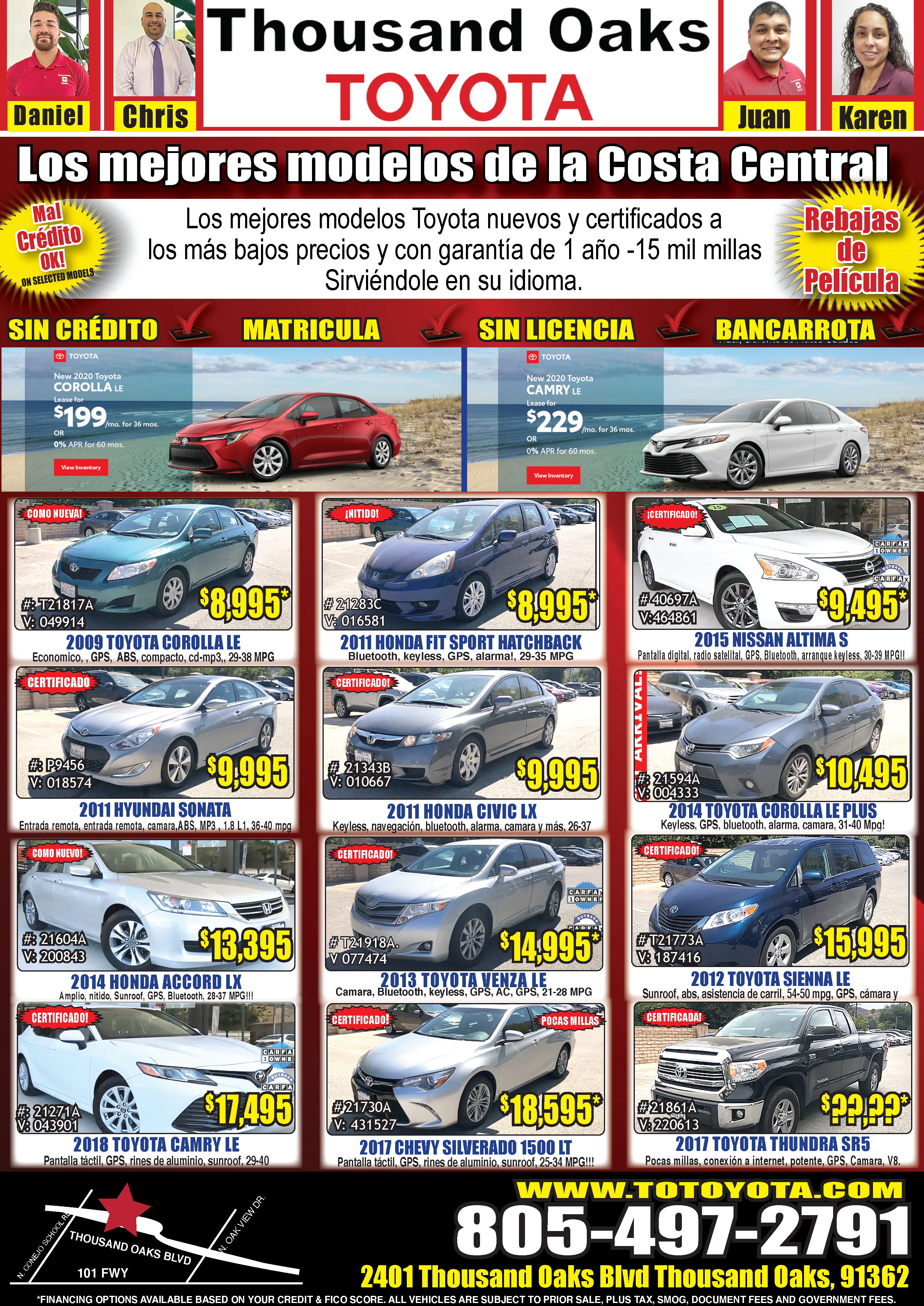 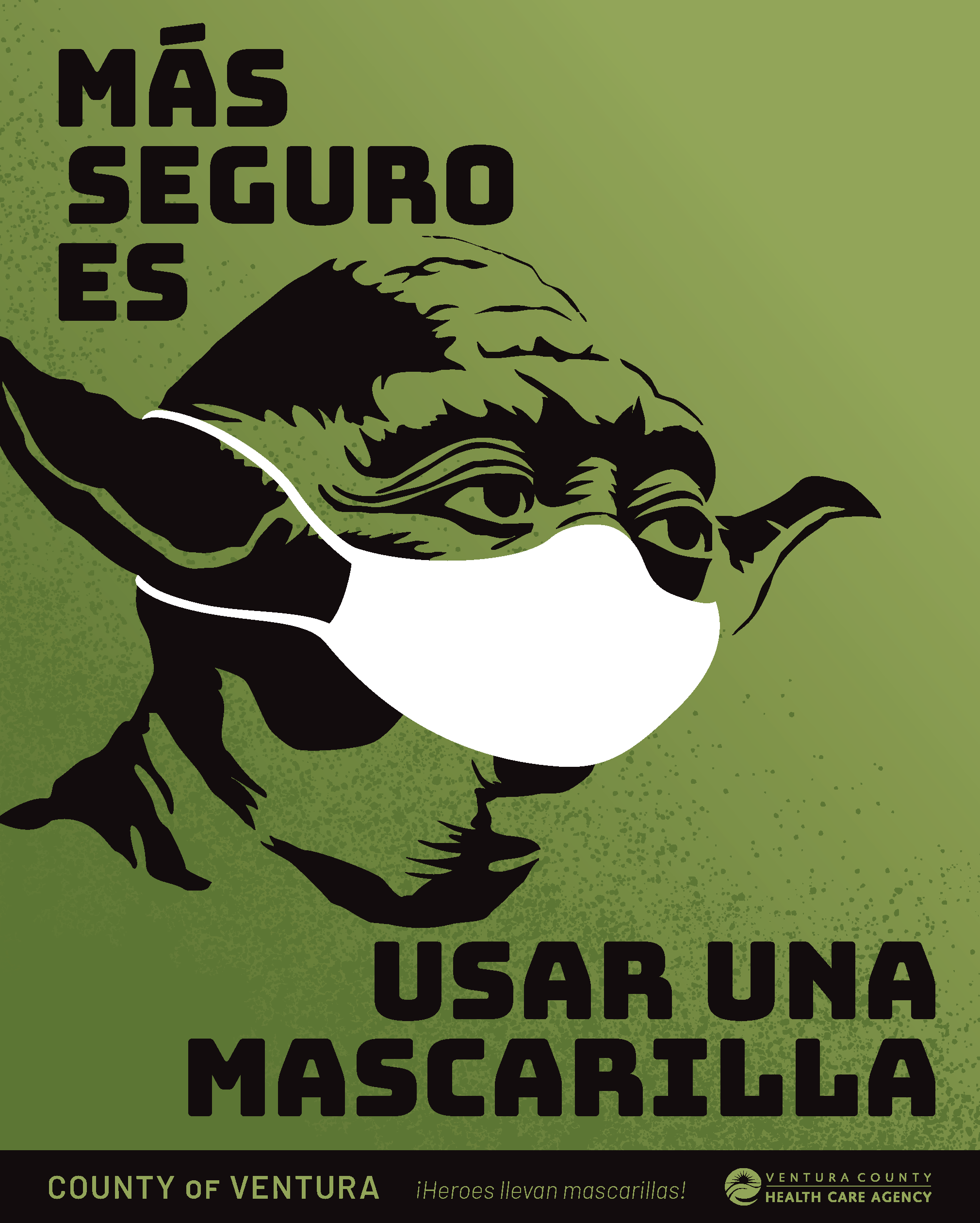 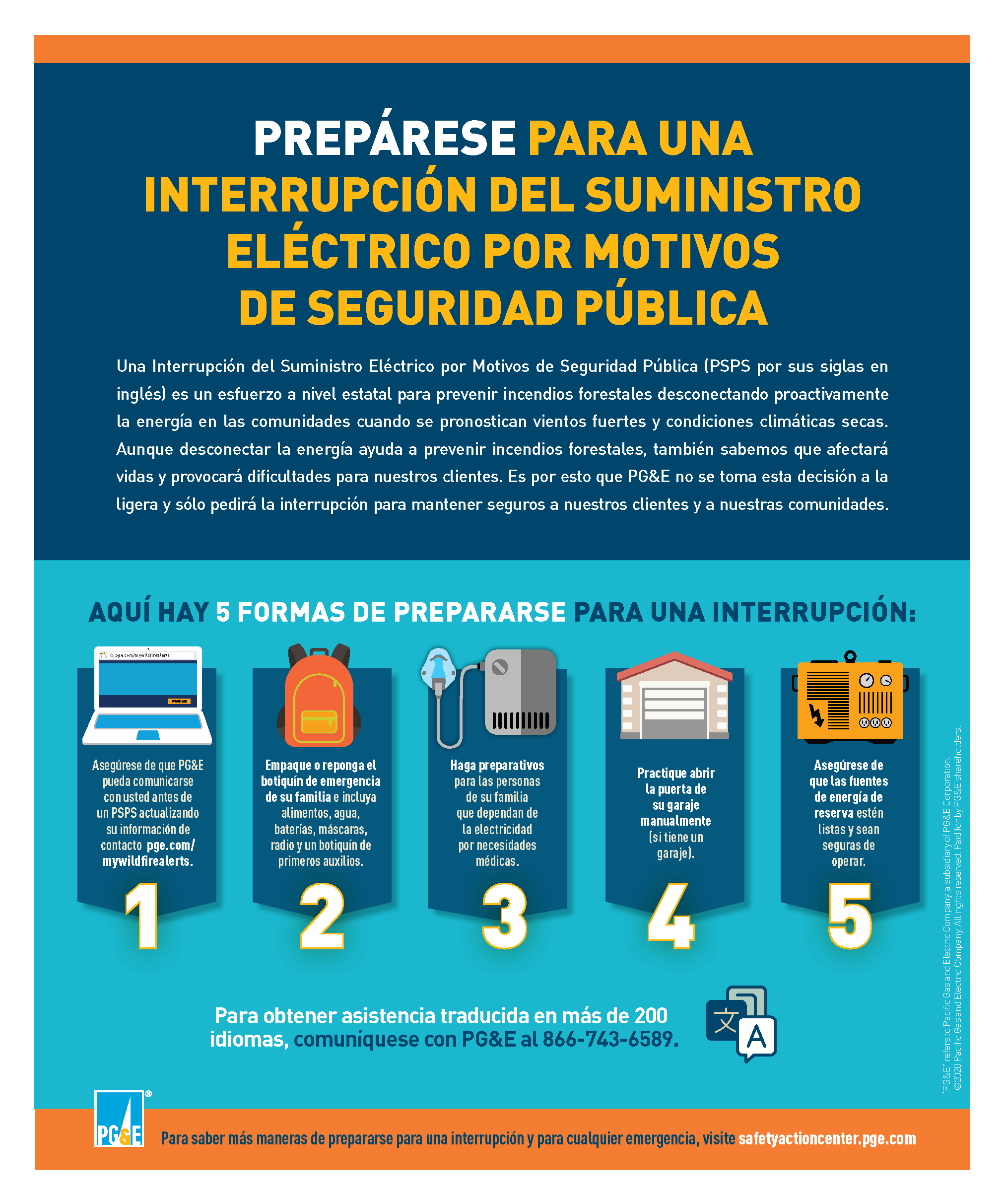 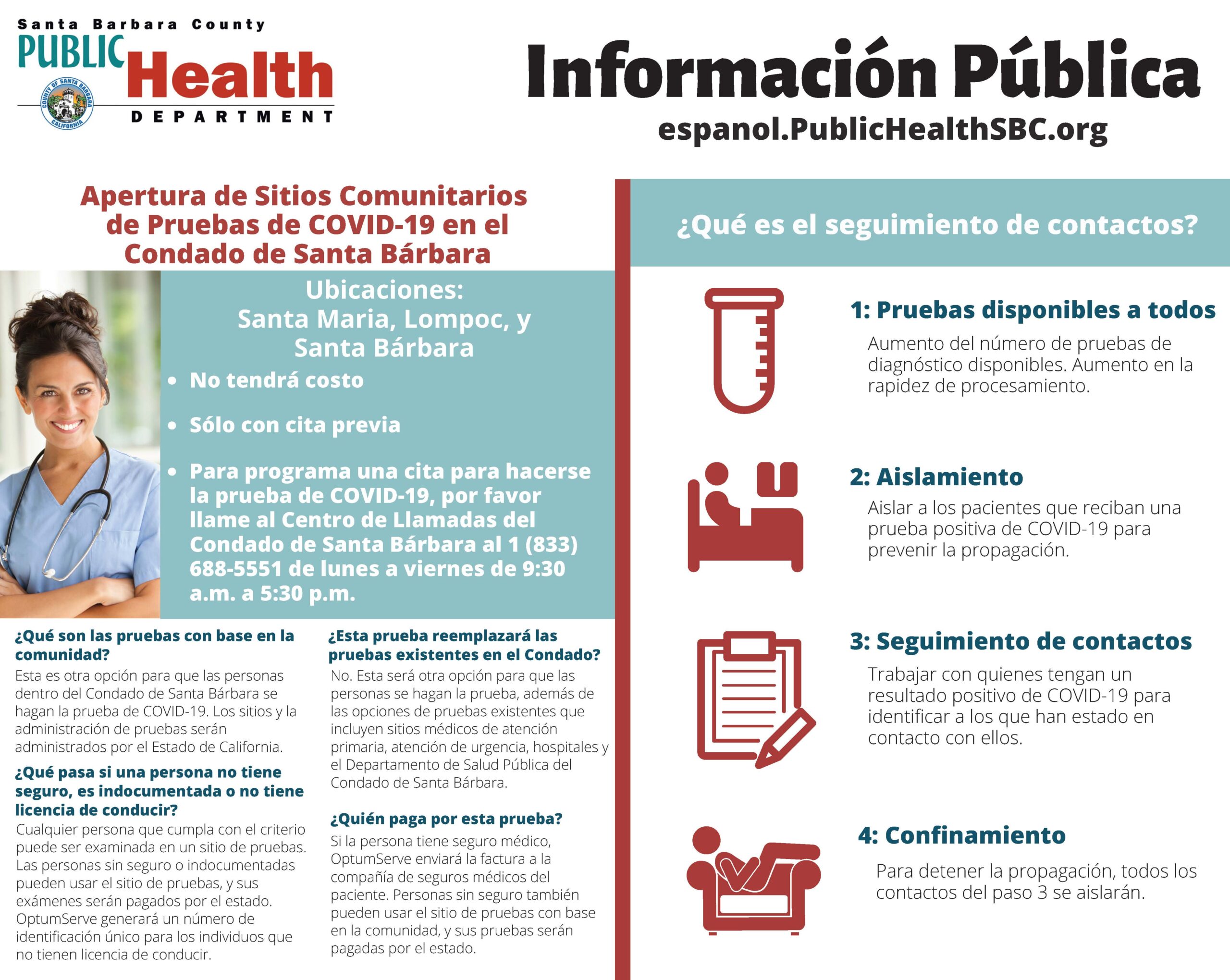 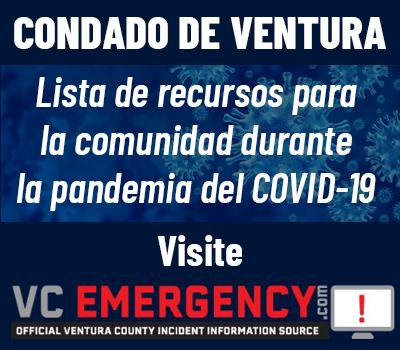 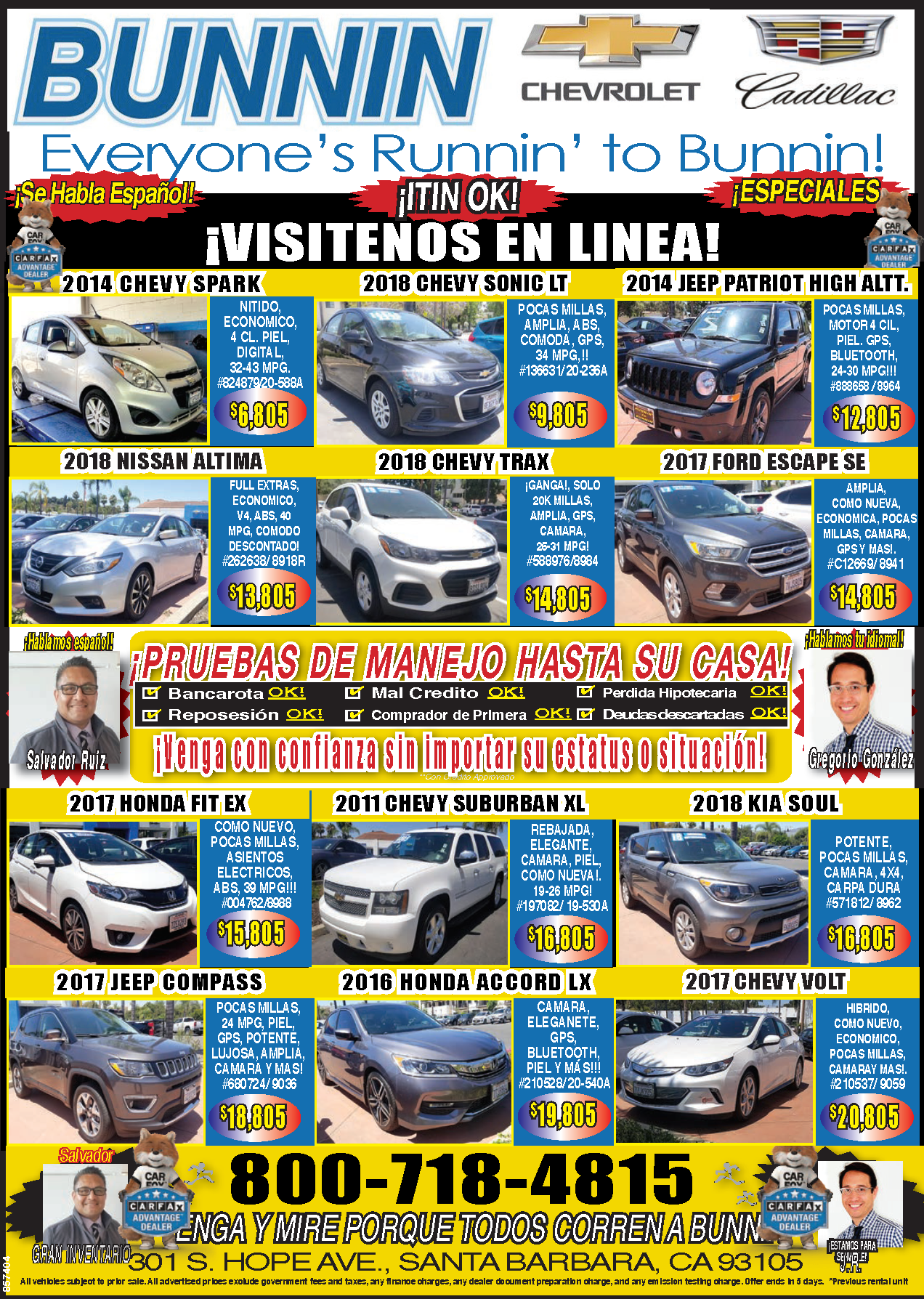